The aim of the ‘Show Your Heart’ action is for groups around the UK to come together to demonstrate public support for a kinder approach to refugees in a simple, visual and public way. Local groups will let their MPs know that the public want a more compassionate approach to refugees. Hopefully, this will warm up MPs to our amendments that we hope they will get a chance to vote on when the Nationality and Borders Bill returns to the House of Commons in late March (timing to be confirmed).

Signs of support for refugees will be gathered by local groups and presented in orange heart displays at landmarks around the country. This photo from Norwich City of Sanctuary (below) is a great example of this work, but there are many ways to approach this idea and to adapt to your own setting (see campaign pack) including the Valentine's Day Card below.

Here are two ways you can get involved.

1) Create and send a Valentine's Day card with a twist

Create and send a Valentine's Day card calling on your MP to Show their Heart for refugees. To build on the fantastic work already being led by you, we need to dial up the pressure with a coordinated push that sees MPs lobbied by their local groups and constituents. If you’ve already met with your MP or written to them, then this is an opportunity to capitalise on what you’ve done, and if not, then now is the moment to do so.

There's some ideas for how you might do your Valentine's Day card action, some designs, and suggested wording in this folder.

2) Show Your Heart at a local landmark

After the wonderful campaigning work done by local groups around the country for the Week of Action in October and December, we need to keep up the pressure, reach out to get more of the public on-side, and demonstrate public support for a more compassionate approach to refugees. The next big opportunity to reveal your orange heart is the week beginning in March (date to be confirmed) before the Nationality and Border's Bill returns to the House of Commons.

Those of you who have already presented your public signs of support in great big orange hearts at local landmarks could build on your efforts with a bigger show of support. For those of you getting started, you could check out ideas in the ‘Show Your Heart’ section (from page 11) of the Campaign Pack. For inspiration see Week of Action in pictures. 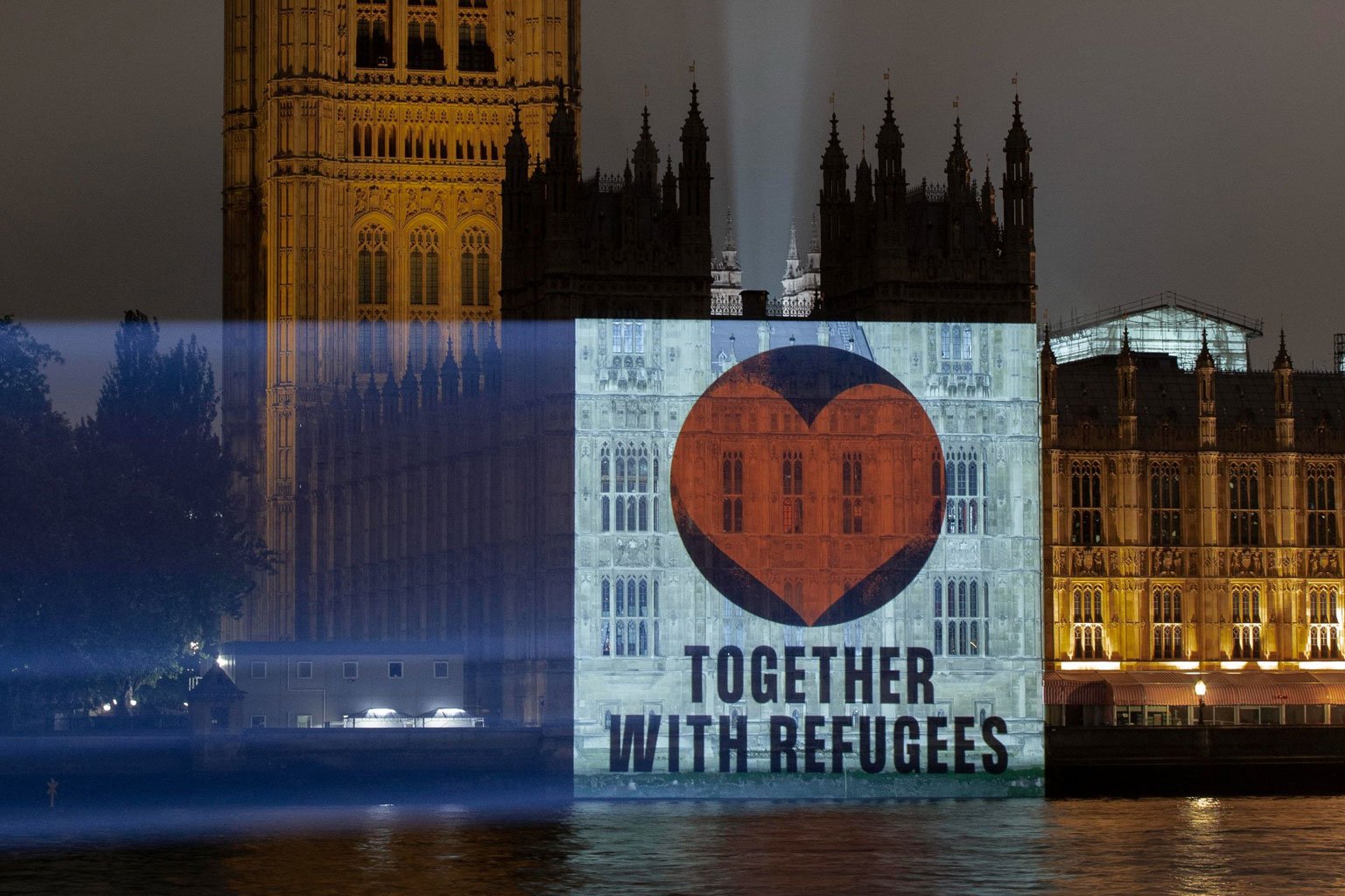